is based upon an idea that came to me after my husband’s job as Chief Pilot of Astra came to a grinding halt during the COVID-19 pandemic. I sat in her beautiful interior one last time and openly wept, feeling sick to my stomach wondering what would become of her, and how long she would sit there in the hangar before being flown again. Thankfully the real-life Astra has a happy ending as well.
Reserve Your Copy Book Reviewers Click Here 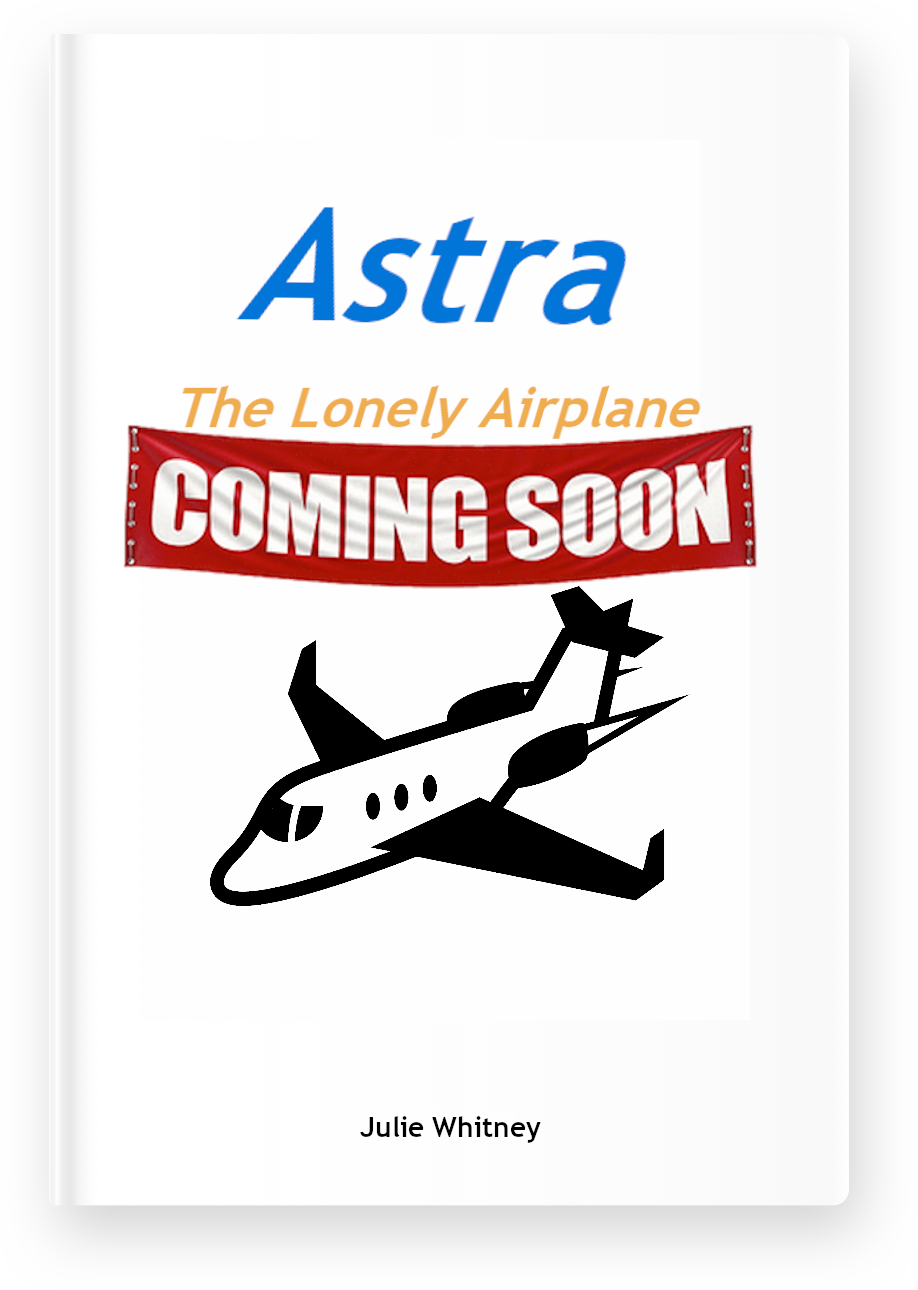 Astra is a sleek, beautiful, shiny Gulfstream 100 airplane with a fun and playful personality, who finds herself all alone in her hangar with an uncertain fate, as she learns she will be sold. She is missing the fresh air and exercise, and wondering if she will even remember how to fly, after being flown by her sole caretaker and constant companion named Captain Dan for 12 years...
She becomes sad and lonely as she sits rusting in her hangar. Captain Dan comes to check on her and start her engines once in a while, but she will not be able to fly until she has a new owner.

Finally, a series of not too friendly and quirky potential owners take her for a test flight, and she discourages each one of them from buying her in a humorous and playful way, as only a plane can. Eventually the right owner comes along, and he is the perfect match for both her and her long-time partner Captain Dan. They fly cross country to California, to their new home, and Astra is tired and a bit jet-lagged, so Captain Dan parks her safely in her new hangar for the night, and assures her everything will be alright. Story continues in book number two... Astra In Hollywood.

Whitney is a public relations professional with more than 35 years of experience, having worked on both the agency and client side and also in the television industry. Her company, Phillippi-Whitney Communications, LLC founded in 2000, represents both large and small clients in a wide variety of industries. She has promoted dozens of authors throughout her career, often supplementing the efforts of the internal PR teams of their publishers. She also works as on-camera talent, appearing in both television commercials and video podcasts. A Miami University grad, she lives in Cincinnati with her husband Dan, a corporate pilot, (Captain Dan in the book), who as a naval aviator and USNA grad, flew the P-3 Orion on active duty, and who has flown a Gulfstream G100 (Astra) for the past 13 years. With four grown children, they are now empty nesters, and love spending time with their Black Lab Brody, and also enjoy traveling, boating, golfing, and all types of physical fitness. A fun fact about Julie is that she appeared as an Extra in the movie “Grease” which was shot on location in the summer of 1977 in Los Angeles.